The Missile Defense Agency's (MDA) mission is to develop and deploy a layered Missile Defense System to defend the United States, its deployed forces, allies, and friends from missile attacks in all phases of flight. 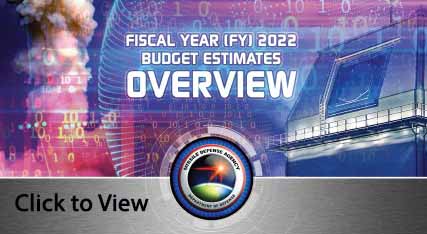 For broadcast quality video and animation, go to the MDA DVIDS page