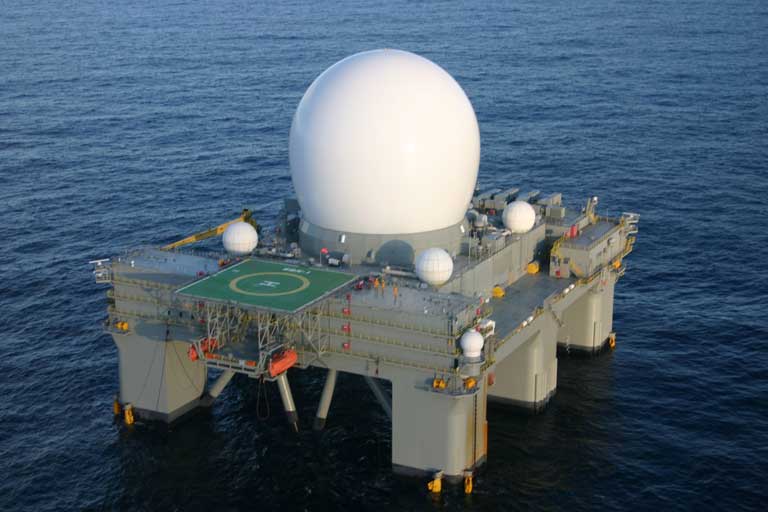 Current plans are to have maintenance work performed at Todd Pacific Shipyards in Seattle, Wash. Two naval facilities, Naval Station Everett, Wash., and Naval Base Coronado-Naval Air Station North Island, Calif., are being considered only as contingencies should unforeseen circumstances prevent work from being performed at Todd Pacific Shipyards. The Draft EA has been prepared to analyze potential effects at these two alternative federal facilities.

The SBX Radar Vessel became operational in 2005. It is one of the sensor systems supporting the nation's missile defense system. It requires routine maintenance and repair as well as mandatory recertification of structural and propulsion components. Thruster maintenance and repair must be performed at a deepwater (a minimum of 50 feet) facility. Three locations on the West Coast have the appropriate depth to accomplish repairs: Todd Pacific Shipyards, Naval Station Everett and Naval Base Coronado-Naval Air Station North Island. The X-band radar will not be turned on when the vessel is in port.

The Missile Defense Agency is responsible for developing, testing and deploying the BMDS. The SBX is a sensor that serves as a component of the BMDS, which is a layered system to defend the United States, its deployed forces and allies against all ranges of enemy ballistic missiles. The SBX Radar may also be used for related missions such as space surveillance.

The Draft EA is available on the project website http://www.govsupport.us/sbxea and at the following information repositories:

The public comment period will be open until March 16, 2011. Comments may be submitted electronically to SBXEA@govsupport.us. Written comments may be mailed to SMDC-ENN, Attn: Mr. David Hasley, P.O. Box 1500, Huntsville, AL 35807. Comments must be postmarked or received by March 16, 2011, to ensure they become part of the official record.

MDA is holding an open house information session in Coronado, Calif., to inform the public about the proposed project. Public information meetings were held in Everett, Wash., in July 2010. The scheduled meeting in Coronado is Wednesday, March 2, 2011, at the Coronado Community Center from 5:00 8:00 p.m. The meeting will be held in an open house format, with informational posters and subject matter experts available for questions and explanations on the Draft EA.