The Missile Defense Agency (MDA) recently achieved critical installation milestones of the Aegis Weapon System at its Redzikowo, Poland, facility whose design and construction efforts are being accomplished in close partnership with the U.S. Army Corps of Engineers (USACE).

These accomplishments continue to illustrate the United States’ commitment to employ Aegis Ashore in Poland to provide Ballistic Missile Defense (BMD) to Europe.

The Aegis Weapon System had been in extended storage at the site awaiting installation in the Aegis Ashore Deckhouse. In February, it was unpacked and temporarily set up in a site-activation facility to create the Poland Aegis Ashore Removable Equipment Unit Integration Site for testing prior to permanent installation.

The testing has consisted of several simulated scenarios demonstrating successful BMD organic, Engage on Remote, and Launch on Remote engagements of multiple threats. It also provided the opportunity to update Aegis Weapon System hardware and software, and correct equipment issues which could have caused delays to the ultimate start of operations if discovered during permanent installation.

All Aegis Ashore sites use a defensive system identical to those used on U.S. Navy Aegis ships and tailored through software modifications specifically to detect, track, engage and destroy ballistic missiles in flight from sites ashore. USACE is overseeing a $182 million contract to build this land-based ballistic missile defense complex for MDA and the U.S. Navy in Redzikowo.

Once complete, the Aegis Ashore Poland site will be the second shore-based missile defense site in Europe and mark the completion of the final phase of the United States’ European Phased Adaptive Approach (EPAA). Systems delivered as part of EPAA protects deployed U.S. forces and European NATO allies in the region from current and emerging ballistic missile threats originating outside the Euro-Atlantic area.

The Navy expects to accept the site as operational no earlier than 2022. 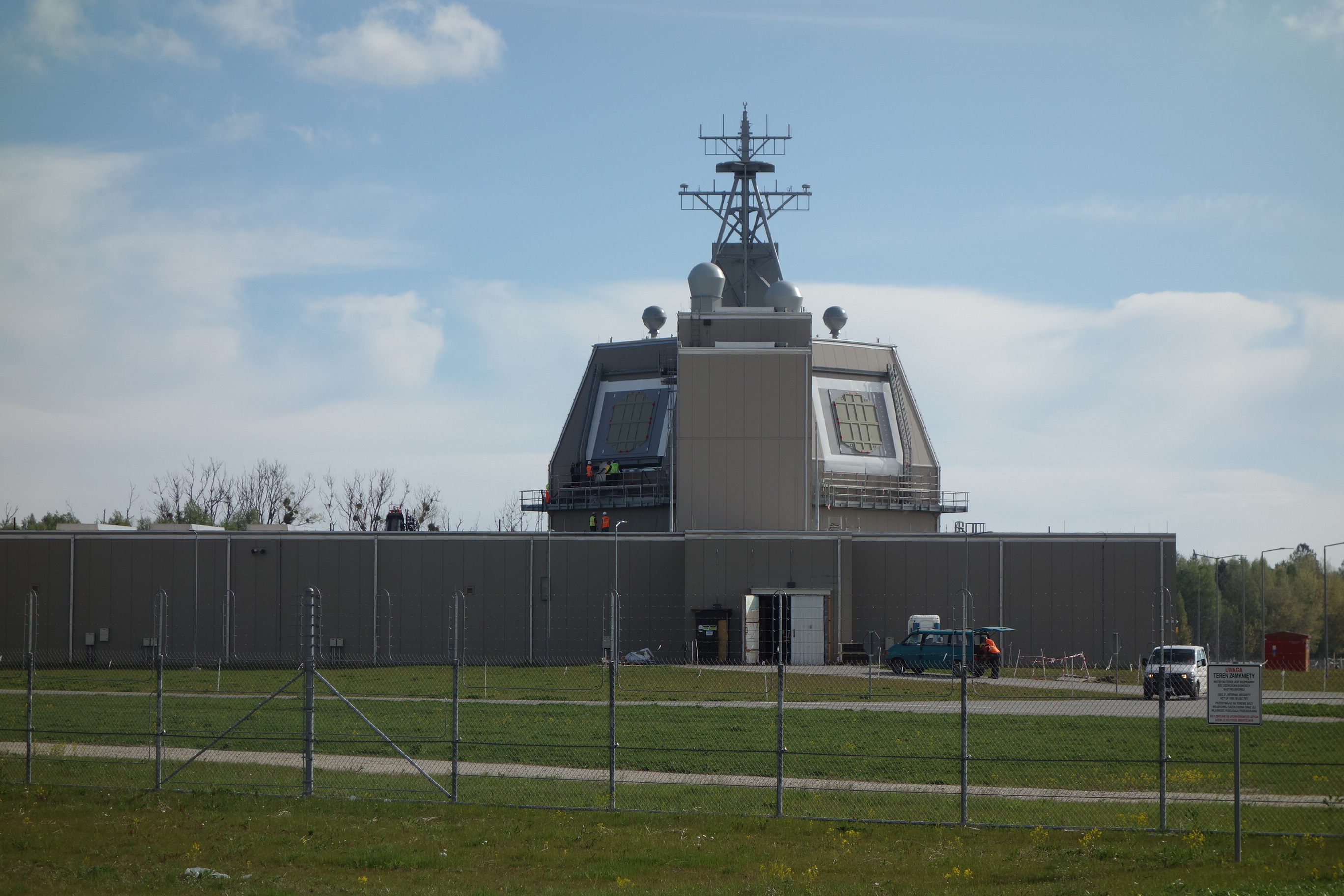 Part of the Aegis Weapon System, the four SPY–1D(V) radar arrays and the fire control illuminator have been installed at the Aegis Ashore Poland site, located at Naval Support Facility Redzikowo. The arrays, centered in each side of the deckhouse, were safely lifted into place over the span of a few days in early May 2021. (MDA photo/released)

A SPY-1D(V) radar array is lifted into place at Aegis Ashore Poland, on May 12, 2021. Four arrays and a fire control illuminator were safely installed at the Naval Support Facility Redzikowo. (MDA photo/released)