The Missile Defense Agency deployed two tiny satellites to space June 30 that successfully began communicating with ground stations over the Fourth of July weekend, the first step on the way to an experiment that will eventually see them communicate with each other, a feat that could play a major role in the development of U.S. missile defense technology.

CNCE Block 1 will demonstrate technologies and capabilities including:
• formation flying for small satellites;
• Software-Defined Radios;
• ad hoc networks;
• communication performance in non-optimal orientations (non-optimal means the antennas aren’t necessarily pointing in the best direction such as between the two satellites and/or a satellite and a ground node);
• and common, open-source, ground command and control software.


MDA’s NTI teams with other Department of Defense organizations, academia and small businesses to pursue a broad range of state-of-the-art technologies focused on reduced size, weight and power that can reliably operate in space. Nanosatellites generally refer to a family of satellites approximately four to eight inches in width and diameter, four to 13 inches in length and weighing from two to 22 pounds. CubeSats are a type of nanosatellite.

The CubeSats went to space on a VOX Space, LLC (a subsidiary of Virgin Orbit) LauncherOne rocket as part of a payload-sharing arrangement with the DOD’s Space Test Program. CNCE Block 1 is the first in a series of planned experiments. MDA will operate the CNCE Block 1 spacecraft for approximately 90 days with the potential to continue for up to one year.

About MDA: The mission of the Missile Defense Agency is to develop and deploy a layered Missile Defense System to defend the United States, its deployed forces, allies and friends from missile attacks in all phases of flight. 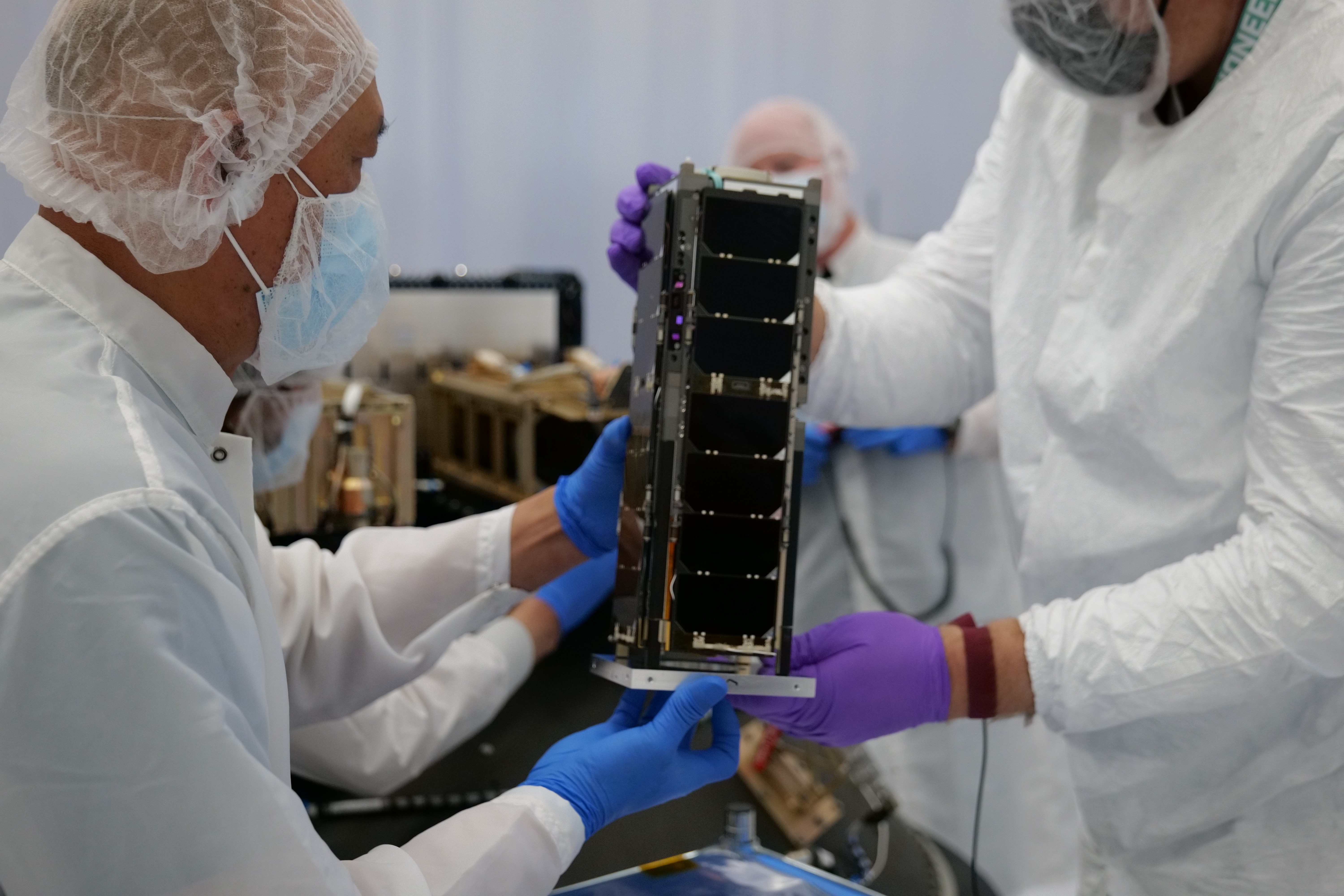 Technicians with the Missile Defense Agency Nanosat Testbed Initiative and VOX Space hold one of two CubeSats MDA successfully deployed to space June 30, 2021, aboard a VOX Space, LLC LauncherOne rocket as part of a payload-sharing arrangement with the Department of Defense’s Space Test Program. The CubeSats began communicating with ground stations over the Fourth of July weekend and will soon begin communicating with each other as part of MDA’s CubeSat Networked Communications Experiment Block 1, which will inform U.S. missile defense technology development.