Please click on a portion of the graphic above to learn more about that element of the Ballistic Missile Defense System (BMDS). 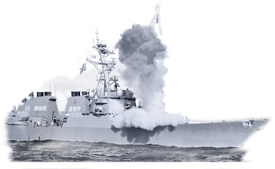 Missile defense technology being developed, tested and deployed by the United States is designed to counter ballistic missiles of all ranges—short, medium, intermediate and long. Since ballistic missiles have different ranges, speeds, size and performance characteristics, the Ballistic Missile Defense System is an integrated, "layered" architecture that provides multiple opportunities to destroy missiles and their warheads before they can reach their targets. The system's architecture includes: